Australia defeated India by 12 runs in the last T20 match of the three-match series. With this, Team India missed a clean sweep for the second consecutive T20 series against Australia. India won the series 2–1. Australia’s Mitchell Sweepson became man of the match. Sweepson took 3 wickets for 23 runs in 2 overs. Hardik Pandya was elected Man of the Series.

Virat Kohli, winning the toss chose to bowl first. Australia scored 186 for 5 wickets. The Indian team, chasing the target, could only score 174 runs for 7 wickets in 20 overs. India lost the last 3 wickets within 30 runs. Kohli then missed making his first T20 International century. He was dismissed for 85 off 61 balls.

Earlier, Australia had lost the last 3 wickets within the last 9 balls during their innings. They scored 47 runs in the last 5 overs and lost 3 wickets. Australia’s score was 139 for 2 in the 15th over. Matthew Wade 69 and Glenn Maxwell were at the crease scoring 35 runs. Wade with 80 runs was Australia’s highest scorer. Glenn Maxwell was out for 54 off 36 balls. Washington Sundar took 2 wickets for 34 runs while T Natarajan and Shardul Thakur took a wicket each.

India came in unchanged while there was one change in the Australian team as Aaron Finch took back the captainship. Marcus Stoinis was forced out of Australia’s playing eleven. 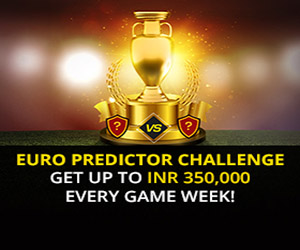